Supporters of Haudenosaunee Right to Hunt

In recent years, reports of the annual Haudenosaunee deer harvest at Short Hills Provincial Park have claimed that protestors of the hunt are concerned about “public safety” and that their protests are not connected in any way to race or racism. The Animal Alliance of Canada, Niagara Action for Animals and the Short Hills Wildlife Alliance have adopted a colour-blind approach for discussion of hunting in Haudenosaunee territory, stating that the race or culture of hunter does not matter.

The ISC argues that it is imperative to understand how coded language like “public safety” has been used to justify acts of racism and colonial oppression. Adopting a colour-blind approach by removing awareness and understanding of issues of race and racialization at the Short Hills hunt is a disservice to Indigenous people and the struggles that they deal with on a continual basis.

The protesters’ approach is only effective in a society that cannot see or even conceptualize the idea of colour or race. This is not the society that we live in. In fact, in order to apply a colour-blind perspective to the deer harvest we would have to erase: the historical contexts of the development of Canada; colonialism; racism; as well as the methods embedded in social, political, and economic structures within Canada that have come together to perpetuate the genocide of Indigenous peoples and their cultures. Such approaches suggest that we do not “need” to talk about race or racism. However, if we can’t talk about it, we can’t understand it, much less fix the problems tied to racism in our society.

The colour-blind appeal to “public safety” obscures the reality of this harvest, which can be uncomfortable for settlers – that is, the context of who is hunting and why. Haudenosaunee self-determination is rooted in rights to land and culture, which is directly tied to Indigenous survival. As such, we close this letter by asking those who oppose the hunt to consider how integral the harvest is to Indigenous Peoples.

The gift of the hunt came to our people long, long ago, way back to the time of Creation when the two twins came to differences over the use of the animal relatives in the rite of the hunt. The one twin we call Flint, the mischievous one, tried to lock up all of the animals and only use them for his own purpose. The other twin we call Sapling, later to become a part of our understanding of a Creator, the one who made our bodies, released the animals for Flint’s control.

The animals were then given to the people to help us to feed ourselves, use their meat in medicines of healing, and use their skins to keep us warm so that we would not perish. The deer especially were used as a model again to our people, later when the Great Peace was brought into being to show us that we were given the deer for food and that should always stop us from killing human beings.

The Indigenous Solidarity Coalition is a collection of people who stand in support of this way of life that we were given as Haudenosaunee, Anishinabe, and all other nations to abide by, so that the Great Peace can be extended again with its roots of peace once again growing to the four corners of the Earth. We stand in solidarity for the way of life we have been given, as Indigenous and non-Indigenous people, so that the way of life will continue and that we continually welcome all of those to stand with us to support the many different ways of living the people of the Earth have chosen to use as their lifestyle. May it always be that way in our minds (Sakoieta Wakathahionni).

Ours is a movement of peace work and because of the support of so many in our community, we were able to carry out a program of decolonizing education and meaningful community building.
Read More 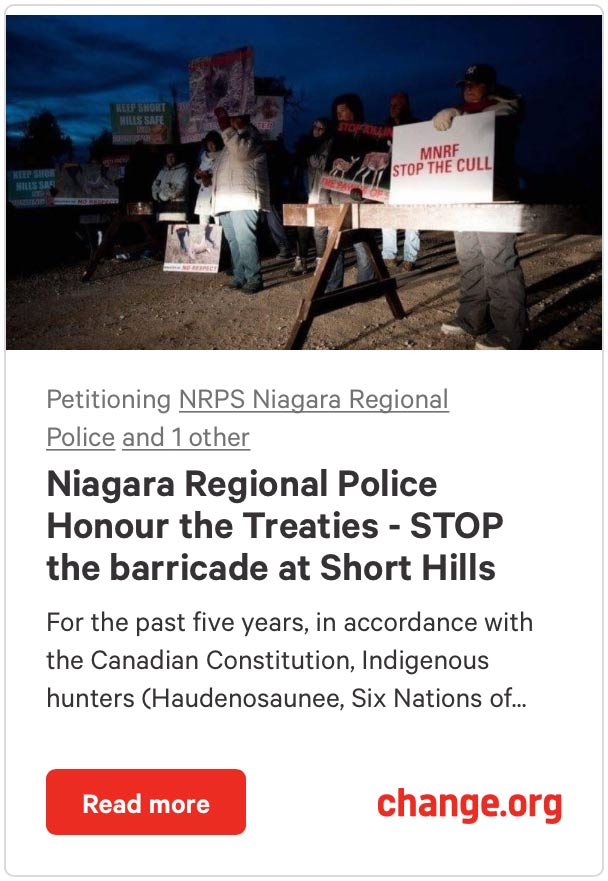